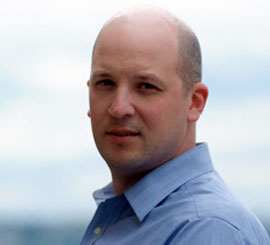 CPS neglect attorney Jon Barash has been working with Ressler & Tesh since 2003 when he was in law school. Since graduating from law school and passing the bar in 2005, Mr. Barash’s practice has focused on representing individuals injured in abuse and other personal injury matters. Mr. Barash is a native of Seattle, and currently resides in West Seattle with his wife Elizabeth and their two children.

One of the reasons that I joined Ressler & Tesh in 2005 is the firm’s focus on helping children who have suffered significant abuse and neglect due to the actions or inaction of the State of Washington and its agencies. Since then, I’ve had the privilege to work with the partners at our firm to bring a sense of justice and recovery on behalf of a number of clients who have suffered severe abuse and neglect because of the failure of the state to take appropriate action to protect them.

The abuse and neglect cases that our firm accepts typically involve significant injury and sometimes death. The details of the injuries are horrific.  As an attorney for those who have suffered from such abuse, and on behalf of the families of those killed by such abuse, it’s important that the State of Washington acknowledges the injuries and understand the ramifications that result when they fail to take appropriate action, or when they are negligent in the action that is undertaken.

If you or a family member has suffered from abuse or neglect due to the action or negligence of the State of Washington through DSHS or CPS, I would invite you to call our firm to schedule a free, no obligation consultation to learn how we may be able to help.