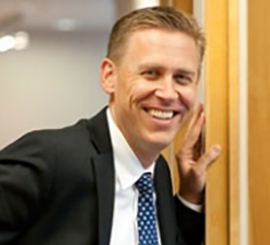 After law school, he clerked for Judge George N. Bowden of the Snohomish County Superior Court. Following his time as a law clerk, he spent several years at a firm specializing in creditor rights, where he focused his practice on commercial litigation, foreclosures, and bankruptcy. In his spare time, he volunteers at the King County Bar Association Neighborhood Legal Clinic, plays trombone, takes road trips, and spends time with his wife and two sons.

As an attorney, I am proud to be in the position to make a difference for the average person. In our society, big companies and the government usually have teams of lawyers to represent their interests. Our firm is a great equalizing factor in the quest for justice, and with our assistance, average people are on equal footing in the court system.

I am proud that our firm has obtained full compensation for those who have been injured. If you are seeking dedicated attorneys to represent you, please call me or our firm to learn how we can help.